Dr Henry Frankenstein, son of the Baron Frankenstein, is a scientist obsessed with his great experiment which involves using the body parts of corpses and something called a ‘cosmic ray’ to create life. In search of a brain to use in his experiment, Frankenstein’s rather unpleasant assistant Fritz unwittingly steals the brain of a convicted murderer, and when Frankenstein eventually brings his creation to life the results are a disaster. 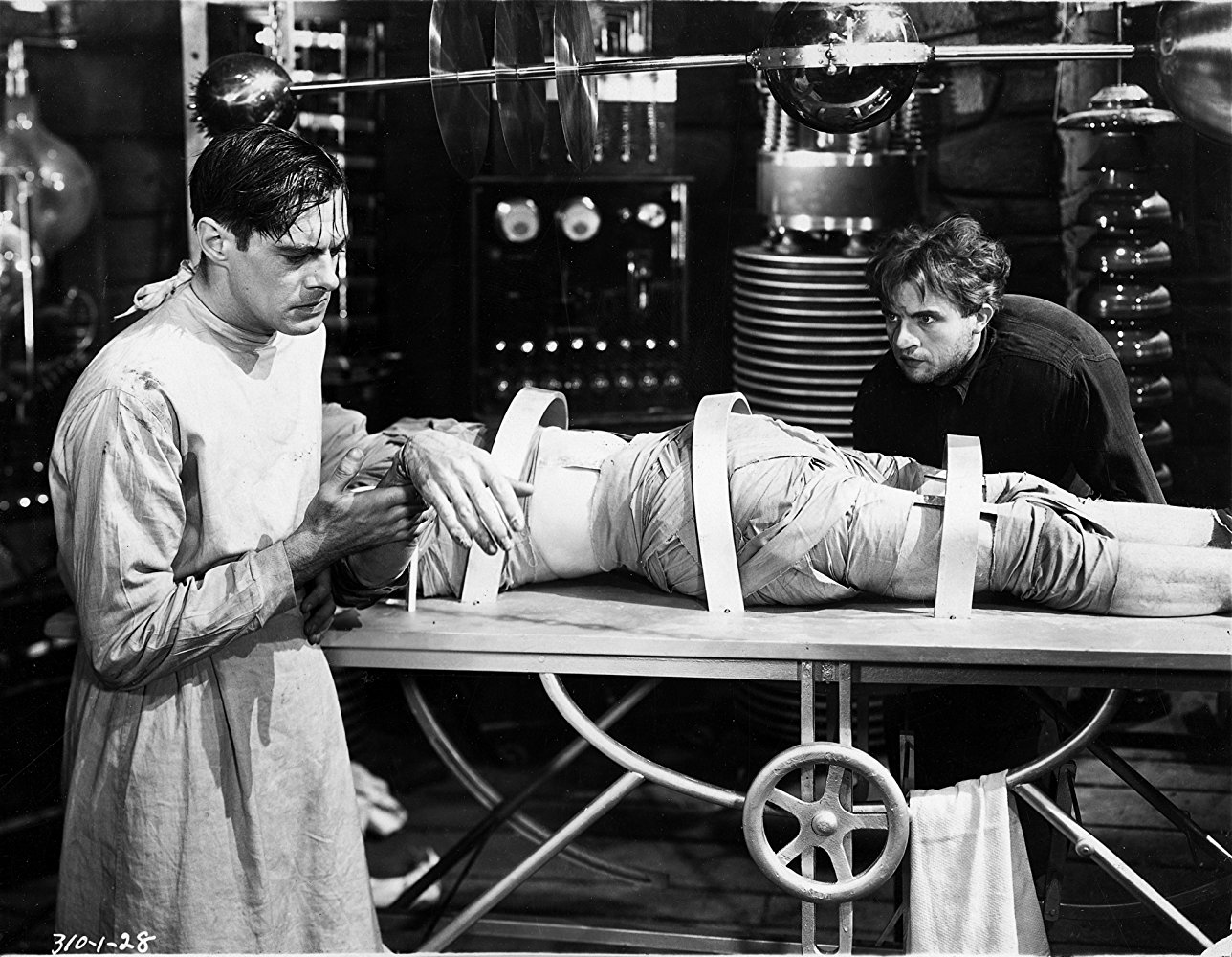 Although Frankenstein was the movie that launched Boris Karloff’s stellar career  (he doesn’t actually speak a single word in the film), the real star of the movie is unquestionably Colin Clive who plays Dr Frankenstein.  His manic energy  continually makes the watcher wonder whether he is actually insane or not, yet despite his utter irresponsibility and arrogance he still somehow manages to remain the likeable hero of the film. Clive unfortunately died of alcoholism only a few years after the sequel to Frankenstein was filmed , depriving Hollywood of one of its most gifted lead actors.

In many ways James Whale didn’t stick very closely to the original story, but unlike many other less successful versions of the story, Whale created a very human monster that inspires more pity than horror. In fact the creepiest bits of the movie are probably the ones featuring Dr Frankenstein and Fritz in their laboratory – located in a ruined tower on the side of a mountain where there  seem to be  endless violent storms.  Karloff, as the monster, is pitiful and childishly simple. He shows very little understanding of what happens to him, and his life is short and unpleasant.

The soundtrack is based on 5 players – Violin, Viola, Cello, Piano and Harp – and these players are supported by a virtual orchestra which includes Bass, Harpsichord, Horns, Flutes, Electric guitar, Contrafaggot, Celeste,  Tutti Strings and Percussion/Effects. The idea was to write a score that was very much in 1930’s style but to add a subtly modern element.